Hey guys. We've done our fair share of Fortnite videos, but today we're taking a look at what might just be the best cheap laptop for Fortnite, the $450 Lenovo IdeaPad 330S. Take a look around, and this is a surprisingly solidly built laptop.

So, Lenovo did opt to go with aluminum for the build, and well, for the most part it's sturdy. There's gonna be maybe a little bit of screen flex, as well as a little bit in the chassis. It does feel nicely sturdy. There's also a reasonable selection of ports. So Lenovo loaded it up with a USB-C port, there's also going to be a USB 3.0, which can charge your device even when the laptop's closed, a HDMI, and if you flip the laptop to the other side, there's one more USB 3.0 port, as well as an SD card reader. Open the IdeaPad up and there's a full-size keyboard with a number row and it's also backlit, which is especially nice to see at this kind of price point. Usually when it comes to budget laptops, there's a lot of bloatware onboard. While there's going to be a little bit on the Lenovo, I'm gonna say it's actually not going to be that bad, and of course, it's going to be easily removable, unlike some other laptops that you spend hours trying to uninstall the 18th trial of McAfee on. You know what I'm talking about. 18? - Well, they sometimes... I feel there's like three different McAfee things they load on laptops these days. There's like security, there's like the internet security, and there's like some total something something, you don't need any of that. Just hit uninstall with the SSD, it's nice and fast. Okay, 18 was an exaggeration, I'm sorry, it's three. Open up the Ideapad, you're actually going to find a few interesting things, at least if you're a nerd like me. First of all, we have our processor. Now this guy is rocking the Core i5-8250U, as well as the new 8th-gen Intel chip. That means that we're going to be getting a full quad-core design, which is really nice in a $450 laptop.

There's a lot of interesting stuff inside here though. First of all, it seems like there's almost definitely some version of this, maybe not this laptop, at least this board, that does take advantage of a MX150 graphics card that looks to be about the right size for the GPU, as well as where the GDDR5 would go. But there's some other interesting stuff here, including the Intel-AC WIFI card, it's going to be dual-band, should be plenty powerful, plenty fast, and on top of that, we also do have a 8GB of RAM. So, there's going to be 4 gigs here, as well as 4 gigs on the backside running a dual channel, and that is going to be very important to keep those UHD 620 Graphics on the Core i5 nice and fed. Is that enough specs for ya, cause I've got even more. You should be wary of which model of this laptop you pick up. Most are going to be rocking a 1 Terabyte hard drive, some do take advantage of the M.2 slot to give you some Optane support, but what we've got here is instead, a 128 GB two and a 2.5-inch data drive. I say that because of course, that's going to give you the best performance out of the box. This one performs pretty reasonable, but if you ever wanna upgrade this guy, as opposed to just throwing in an extra hard drive, you're pretty much limited to adding a second SSD in that M.2 slot.

Last, but certainly not least, on Austin's Tour of the Inside a Laptop, we have the 30 Wh battery. Now that looks like a pretty large cell; however, 30 Wh is not a lot for a laptop. Part of that is because, this is actually partially hollow. It looks bigger than it really is. 30 Wh is gonna be enough to get somewhere between five to six hours of use, but it's not going to be a lot, and it is a very easy way to tell that Lenovo was cutting some costs when they designed this laptop. Put all this together and what you've got is a pretty decent little laptop, but of course, the real question is can it play Fortnite? Jump into the game, and what we're getting is an incredibly playable 30 frames per second. Because you know, that's what all games should run at, right? Real talk though, for a $450 laptop, as I run into a tree, this is actually going to be very, very playable. So, I did have to turn down some of the settings, we are running at 768p, I'll get into a little bit of that later, but we are running on mostly low settings with the view distance bumped up, we've got motion blur on, and importantly, we have not only Vsync on, but also the 30 frame per second cap.

So this can run a little bit higher than 30. If you uncap it, we're running around like 40, but it gets a little big erratic, and when we turn on Vsync, it actually smooths out the action quite a bit. It's not going to be as smooth as full 60 fps experience, but this is a $450 laptop, and it's going to be completely playable with Fortnite. And with the Core i5 inside, it's actually going to stay reasonably cool. It doesn't get above 65 degrees, for the most part on the actual processor, and because we aren't going to be completely taxing it with that 30 fps cap, it means that the system itself doesn't get all that warm either. Sure, it's going to be a little warm where that fan is underneath the screen, but to the touch, the laptop is nice and cool. However, you might be asking yourself, why exactly am I playing at 1366 by 768 on the resolution? And that, my friends, is the biggest issue with the Lenovo IdeaPad 330S. The screen, just not that great. This is a 15.6 inch 1366 by 768 screen. And not only is that not going to be all that impressive to begin with, but it's also a really cheap TN panel. So, the viewing angels, as you can see here, are, well pretty terrible, the color is just not going to be accurate whatsoever, there's just a lot of issues with this screen, and that doesn't even get into the idea. This is a pretty large display with almost no screen real estate.

Now to be fair, when it comes to Fortnite, the screen is actually going to be totally fine. In fact, it's almost a slight advantage because we can play at the full native screen res of the laptop. For almost everything else though, it's just not going to be all that great. So, there is a 1080p option that you can upgrade this laptop with, but the problem there is that once you start upgrading the screen, the price of the laptop will quickly get above $500, and for that kind of money, actually I do kind of prefer the ASUS VivoBook that I recently took a look at. Then there's the issue of what this thing actually costs. So I was able to pick it up for $450, and that price is solid. Unfortunately when I took a look at it this morning, a lot of these were running for a little bit closer to $530, and again, at that price, it gets to be a little bit of a harder sale. If you're able to pick this up for $450, it's a pretty solid package with the Core i5, 8 Gigs of RAM, as well as standard SSD, but that screen is a big, big issue. So if you're looking for an entry-level Fortnite experience, by all means, pick it up. Other than that though, you may wanna look at slightly higher-end options. 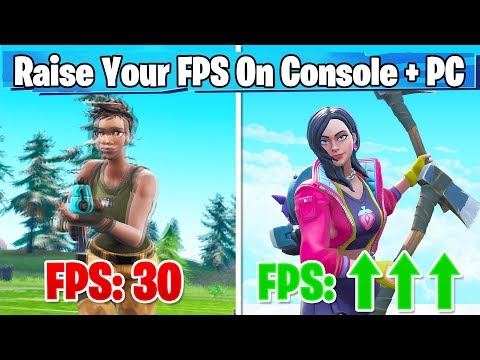 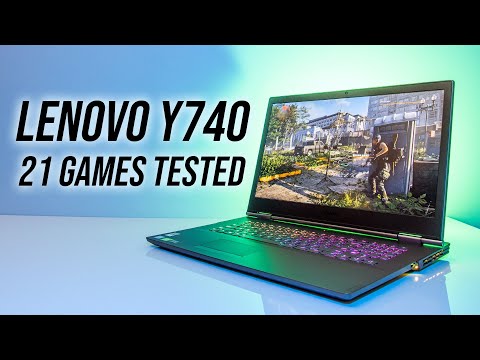