Nvidia just announced what they’re calling Studio laptops at Computex 2019, but what exactly does this mean? There are going to be 17 new models available, as well as 4K 120Hz G-Sync laptop panels, so let’s find out what’s on the way. Nvidia Studio laptops are primarily designed for Creators, so people like me who edit videos, streamers, 3D designers, the guys who create content. At the moment there are some workstation grade laptops with quadro graphics available, however Nvidia is looking to properly target this market with Nvidia Studio. To qualify for Nvidia’s Studio badge some requirements need to be met, including RTX graphics, this can be GeForce or Quadro RTX though, at least 16gb of memory, an Intel i7 H series CPU, no mention of AMD here, and a 512GB or higher SSD. These laptops will use new Studio drivers which will be available alongside the game ready drivers, and appear to replace the recently added creator ready drivers. Personally I think this is good news.

A lot of the guys I know who edit video have to use gaming laptops, as they generally have good CPU, GPU and memory, and while this works ok there are usually comprises that have to be made. Having laptop vendors actually releasing variants of their machines targeted towards creators seems to have been an untapped market, and I look forward to seeing what becomes available. With that said the Quadro graphics don’t personally appeal to me at the moment, but this still opens up more options for creators and there are still GeForce options. Depending on your workload the option of real time ray tracing could be an advantage, Nvidia showed off some examples during the presentation which included video rendering with different effects. While I’m not too sure how much the new drivers will help in different apps until testing or seeing some results, this should mean content creators will have a wider range of laptops to pick from. Nvidia announced that Acer, ASUS, Dell, Gigabyte, HP, MSI and Razer would be the first to start providing studio laptops, with 17 models in total starting at $1599 USD. Some of these models were on display, of most interest to myself personally was a seemingly redesigned Gigabyte Aero 15 laptop with OLED display, which as is standard for OLED looked very nice. More on that tomorrow though once I stop by the Gigabyte suite. Otherwise of interest was the Razer Blade 15 and Pro 17 which are available with Quadro RTX 5000 graphics, a few of MSI’s workstation series laptops with Quadro RTX 4000 graphics, Acer’s Concept D9 with movable screen and others I’m sure I’ll see more of over the next few days. There were also some new G-Sync monitors announced, of most interest to you guys is probably the new 4K 120Hz G-Sync panels for laptops. During the presentation they only listed the HP Omen 15, so I’m not sure what others are going to be available with this display right now, though I’ll probably find out more over the coming days as I look around through Computex, they only just briefly touched on this for a few seconds. I think this is going to be pretty niche, the majority of laptops at the moment don’t have enough GPU power for 4K gaming at 60Hz, the refresh rate of the display generally isn’t the limitation here it’s the graphics. I suppose Nvidia know this so maybe that’s why it only got a brief mention. I’m not too sure how many other uses there are for high refresh rate outside of gaming, let me know down in the comments. Combined with a smaller laptop screen, say 15 inches, in my opinion you’re not really gaining much with 4K compared to the 1080p 144Hz options available today. It’s good that higher refresh rate 4K laptop panels are becoming available, I like seeing technology push forward, however I just think for them to be practical for more people we need to see higher GPU performance, even if you are a pixel peeper and prefer 4K at 15 inches. Let me know what you guys think about the new Studio laptops that are on the way down in the comments, or if you don’t care and just want to see more gaming stuff, and of course get subscribed so you don’t miss the rest of my Computex 2019 coverage. . 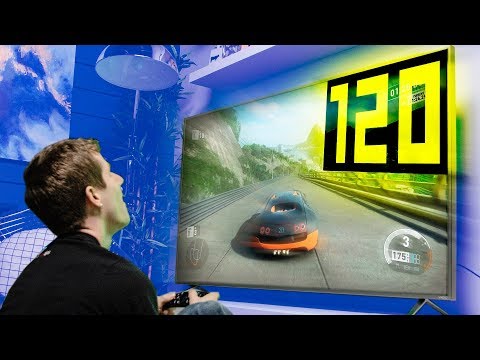 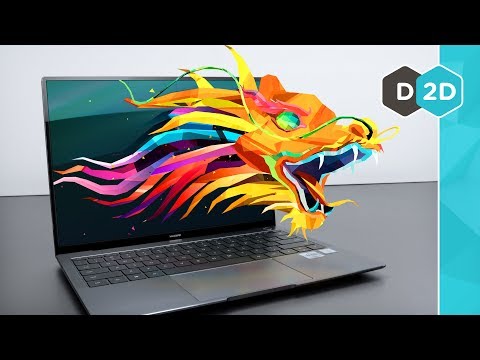 Chinese Laptops Are Getting TOO Good