Samsung Galaxy A50 Review After 30 Days of Use!

This video is simply all about my experience with the Samsung Galaxy A50 after my long term use and this device. has got a triple camera set up and it’s also one of the new A-Series devices launched this year. I’ve used this phone for the better part of last month now and I feel pretty confident about it so I’ll be sharing my thoughts, pros and cons about this device. Without #FodaAdu, let’s get to the video. [Intro Music] The first thing you’ll notice about this device is the display of course like many high end Samsung devices this device has an AMOLED Display but not all the devices in the A series line up has an AMOLED Display. If you’ve used a recent Samsung device or if you watched my previous video this would definitely feel very familiar with OneUI on top of it which we’ll get to much later in the video.

The A50 has a dual 4G sim slot and it also has space for an SD Card, which is expandable up to 1TB and on the bottom, we’ve got a headphone jack, a USB-C port, a microphone and the single speaker which you can accidentally block when watching content. On the right side we've got the power button, the volume rocker keys and there’s another microphone up at the top so you’ll know this thing records stereo audio. For 94,000 naira or 261 dollars, this device from a display point of view does look very good, offers some high end value and I personally did enjoy consuming content on this device. All the times I watched videos on a mobile device I almost always reached out for my A50 than any device I had with me, blacks on the display were really deep. With an AMOLED Display with a PPI of 403 and a full hd resolution of 2340 by 1080p this device does thrive in many areas.

It’s also adjustable with a blue light filter, night mode and again because it’s AMOLED, Samsung lets you choose a wide range of screen modes. It’s set default to Adaptive Display which is very punchy in the colors and you can go ahead to select an AMOLED Cinema mode, photo mode and basic mode if you want to save battery and if you want more advance controls you can mess around with RGB Settings so very customizable. You can also change the font size and style, I really like the look of the SamsungOne font which is better than the default and Samsung lets you even download more fonts, there are almost 100 fonts on here. Basically, OneUI is quite customizable. Samsung also lets you hide the notch but they don’t call it a notch they simply say you can hide the camera and in there you can also select which apps get to access the full screen option or not. Most of them are set to auto which I’ll leave that way. You can arrange the button order to the way you want it and you also get access to full screen gestures on this device which gives you just bars as the button to perform the same tapping functions as the regular buttons but with swipes instead, I don’t feel its natural so I’ll leave it that way. You also get Accidental touch protection incase your phone is in your pocket and other things are in there too, say maybe a pen and you don’t want to drain your battery. This helped me a lot as well. I’m using a high contrast theme on this device which is why everything is blacked out and I did notice battery improvements overall. Again because it’s AMOLED, blacks looked deep and overall complimented the device BUT I had a problem, every time I kept trying to switch back to a normal theme, I just couldn’t, I guess I’m kinda stuck with it a black contrast theme….help. To talk about the build quality of this device, putting it shortly, this device is sort of mixed bag for me. On the one hand, the cost of this device is 94,000 Naira and when you look at something like the Xiaomi Note 7, of 58,000. This device isn’t too close to it in build quality. The Note 7 has glass on the front and the back and I even did a durability test… you [Distant Voice:] you mean a maltreating test? Yeah, I tested durability and the Note 7 did survive, the A50 device is much flatter, it’s only has Gorilla Glass 3 on the front and plastic on the back which is prone to scratches compared to gorilla glass 5 on both sides of the note 7. And, the A50 definitely looks more attractive, in some ways, first of all, the chin is slightly smaller and the forehead is slighty smaller. If all those things matter to you then the A50 is your choice as far as build quality. My A50 has a substantial 128GB of storage and I’ve only used about 32GB or just 25% of the storage. I’ve also got 4Gigs of RAM but you can go up to 6Gigs of RAM and so far so good this device has worked very fine for me I had almost no complaints about apps loading or crashing none of that and this takes me to the next point. The processor. It’s a 10nm 2.3Ghz Octa-core Exynos 9610 chipset….whoop… which is quite the swift processor and I don’t even say this lightly. I’ll leave a link to versus.com and you’ll see just how fast it is. Compared to the Snapdragon 845, it is slightly faster by 2% but it’s pretty decent. Also guys, during my usage of this device, I found gameplay to be very fast. Lags were almost nonexistent and it felt like a very immersive experience. Yes, during gameplay you’re going to block the speaker so it’s better if you used a headphone. About the battery life, the apps I mostly use are maps because I’m almost always driving, play services, Twitter, Camera, Instagram and a whole other ones. The 4,000mAh battery did serve me for the most part of the day and even some. I barely had to charge it a lot like that and for me, that’s what I’d like in a phone especially considering how unstable power supply is here. To unlock the A50, you’ve got the option to use Face Recognition which Samsung says isn’t as secure and then the in-display fingerprint scanner which I used more often, it wasn’t perfect usually didn’t match sometimes but it did look cool though. Another weird thing about the A50 though, I don’t know if its a flaw in the design or it’s deliberate, the device has an edge light spill when the torch is turned on.

I don’t know why but it exists. As far as connectivity goes you’ve got Bluetooth 5.0, the USB-C port can actually serve as a reverse charger, no big deal and both sims are 4G like I mentioned but it doesn’t have the Glo 4G band on any model. Call quality and sound quality were quite fine during my use over the past few weeks and speaking of sound quality, here’s how the A50 sounds. The A50 did sound a little low in the mids and the bass wasn’t really punchy and you can really tell in loud volumes compared to the actual music and speaking of the music, if you’ve been watching the past few videos, you’ll notice a few Musicbed tags, Musicbed is a music service I’ve been using for my videos. They have some of the best music you can use for videos here on YouTube or in your projects and not only have I been using them on my channel, companies like Nike, Google, even Samsung, Facebook and a lot more use and have used their service.

The pricing Is as low as 9.99 and up for flexibility and If you click the first link in the description you’ll get a 30day free trial to experience great music you can actually use in your projects and youtube videos.

Now we’ll move into the camera test. The front camera of the A50 is a large 25MP with an aperture of f2 and it’s 25mm wide. It can shoot HDR or High Dynamic Range and 1080p in 30 frames per second which is decent. On the back we’ve got a triple camera set up 25MP f1.7 camera which is 26mm wide with Phase Detection Autofocus or PDAF, its also got an 8MP Camera, that’s an f2.2 aperture camera and actually the ultra wide 13mm camera and the last one is just the 5MP depth sensor also with an f/ 2.2 aperture. Getting too know the camera modes on here, we’ve got Panorama mode on the back, Pro mode to control ISO, White Balance and Exposure, Live Focus which applies a blur to the background of your subject at different levels, Photo mode with Scene Optimizer for better shots and in the same Photo mode we’ve got the 8MP ultra wide camera which is very wide. Video mode also has ultra wide and normal setting and they both have this trippy zoom in and out effect to it. One thing to note though is that both front and back cameras can even record in an odd 2336 x 1080 which is a 19:9 video and photo mode that utilizes the entire screen. We can also record slow motion video on here at up to 120 fps and we can shoot a hyper lapse which is more like, for lack of a better word, fast motion. On the 25MP front camera side of things, we’ve got only 3 modes, live focus or Samsung’s portrait mode and then photo and video mode which you can’t zoom in from. You’ve also got AR Emoji. I really enjoyed the pictures produced from the rear cameras of the A50, the quality and color even though it was a little higher on the saturation scale, was quite impressive for me. The wide Angled shots were especially impressive as well.

Even videos shot on the wide angle were super stable and I’ve really got to give it to Samsung.

Slow motion was also really smooth and interesting to create. Selfies I took still added some beautification and didn’t quite capture exposure properly. As far as my verdict, knowing what I know about this device, would I recommend it? For a price of 90k, I really do like this device for the value it offers. Samsung is mostly known for the high end stuff and this feels closer to that. If you’re not looking at the plastic back (with a unique design though), almost everything else gets a checkmark from me. Those are my thoughts about it, do let me know what you think about this device in the comments section below. If you liked this video, please hit that like button, subscribe and turn on notifications so you’ll be the first to see any new video I drop. Thank you for watching and I’ll see you guys, in my next video. . 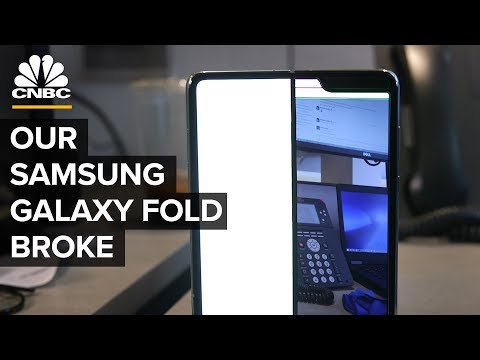 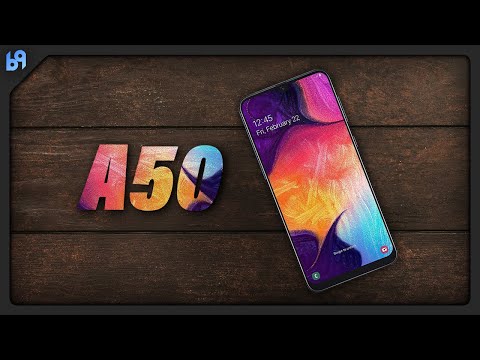 Nokia 4.2 Unboxing and Review After 30 Days of Use!