- You might have seen a recent commercial where a kid is using an iPad and at the end of the ad she asks, "What's a computer?". - It's sparked a lot of conversation in our corner of the internet. - Because it's a good question.

And personally I think some people attach the word computer to certain form factors. - And I think that if you look at computers philosophically, there's something that just lets you do the thing you need to do and that certain form factors, frankly, are a lot better for that. - Is that fabric on your laptop? This is an iPad Pro. - And this is a Surface Laptop. - You're probably thinking that this is some type of Apple versus Microsoft episode of Versus. because of these products. But we're not really talking about-- - Arguing over. - We're not really talking about specific brands. We're talking about the differences between using a tablet versus a laptop. - Right, a lot of people are probably wondering if they can get away with just using a tablet as their main computer especially if as the chip sets in tablets get to be comparable to desktop computing power. And my opinion is, likely not. Tablet's not gonna do it. - And my take is that this thing is so easy to use and as you mentioned, so powerful that for a lot of people, all they really need is a tablet like this. - You really like Apple stuff, don't you? - One of the reasons I really like using a tablet as my main computer is just because of how thin and light it is. I mean, I take this with me everywhere. I throw it in my bag. I take it to work. I take it out to dinner. I take it into bed with me at night. It's not like carrying a clamshell around. - You realize that a 12.9 inch iPad is still really big, right? - There's a 10 inch one too.

- Oh, okay. One of my favorite parts of an actual laptop are. (keys tapping) The tactile keys. In my opinion, the keyboard is an amazing invention that is not broken and not in need of fixing. I know people do it but I personally don't understand how anyone can do all of their work or personal documents typing on a touch screen keyboard. - Oh I don't use the touch screen keyboard all that often. That's why I have this. Which is the smart keyboard.

It magnetically attaches. And it doesn't ever need to be charged. It's pretty great. - And it cost $169. So add that to the thousand dollar tablet you got there and you're in premium computer land.

- I never said this wasn't a premium product. I just said I liked the convenience of a tablet.

- Also, how well does that thing balance on your lap when you're using the smart keyboard. That's what I thought. With a clamshell like this, it's actually comfortable and well balanced on your lap. Hence, laptop. - Even though I don't use the touch screen keyboard all that often, I just love having a touch screen in general. - This has a touch screen too. - Yeah, but not all laptops do. Like, okay, I'm not gonna say the brand name because we're not making this about the brands, but you know-- - Oh, my gosh, were you about to say something critical about-- - Also, this works with a Stylus. Otherwise known as pencil. - This supports a Stylus pen too. - Again, not all laptops do. In fact, not many work with the Stylus. - Right, but just as your tablet as evolved to be as powerful as a regular computer, laptops have evolved to offer the best of all worlds. If you buy a new or high end Windows PC or even a less expensive Chromebook, you're likely to get things like a touch screen and yet you still have this nice, familiar form factor. - Also, when I rotate my tablet or just happen to pick it up the wrong way, the screen rotates with it. - Does your laptop do that? - Why in the world would I want to rotate my laptop? - And I think a tablet like this gets better battery life than most laptops, generally speaking. - You might have a point there. But honestly, we've argued enough about the form factor and hardware differences between laptops and tablets.

What it really comes down to, in my opinion, is the software. - Yeah. It does.

There's a reason why we don't get many tech support calls from friends and family being all like, "I don't know how to set up an iPad." Right? And that's why kids are able to pick up a tablet and immediately get addicted to it. - Uh, is that a good thing? - This is just known for its intuitive UI. And also, it runs on a mobile operating system. Which means that a lot of the apps that you already know from your smart phone, you can run on here too. - So maybe laptops sometimes require a little more tech support. But that's not really what I'm talking about here. I mean, have you ever tried writing a 3,000 Word Document on your tablet or working in an Excel Spreadsheet? Or editing a really serious video project? Or just manipulating folders in Windows? I mean, there's a reason why people are so attached to their laptops and that's due in large part to the OS and software. - I still think mobile software is better. - Why? - Because for a smart phone first generation, this stuff just makes sense. - We're not talking about smart phones though. 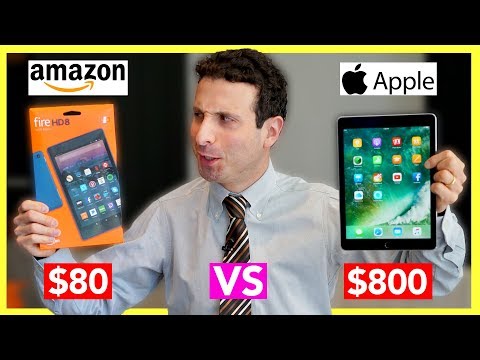 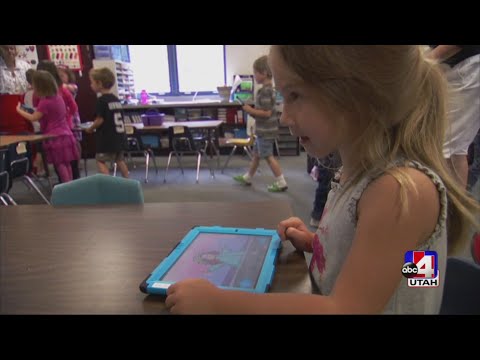 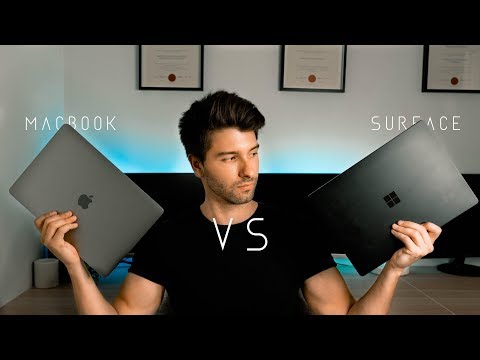