First. about Build Quality OnePlus 7 Pro's build quality, its materials, its soft-touch frosted glass I dont think I have ever used such a beautiful phone that is so enjoyable to use Yes friends - Note 9 S10+ iPhone XS Max I am saying this after having used all these phones. If I had to talk about one downside, the edges on this phone are a bit too curved which may be a downside to some It doesn't really bother me personally I think this phone is very comfortable to use If we talk about durability: The front has Gorilla Glass 6 with a pre-applied screen protector and there is Gorilla Glass 5 on the back but friends this soft-touch glass - I mean it just feels so good! OnePlus 7 Pro officially does not come with any water resistance certifications but this phone is water resistance to some degree and splashes and minor submersion should not be a problem Due to hand-feel, premium materials and awesome looks, I give OnePlus 7 Pro full marks for Build Quality. Now lets talk about the Display The phone has this 6.67 inches Fluid AMOLED Display with a refresh rate of 90Hz Whereas usually other phones have 60Hz This 90Hz refresh rate is an experience 90Hz means that in one second this screen refreshes 90 times where other phones' screens refresh 60 times This is difficult to explain in a video Because this video that you are watching is at 24fps so it will never capture 90 frames per second. But if you want to see the difference, find a video on YouTube that gives you the option to play at 30fps and 60fps. When you go from 30fps to 60fps You will suddenly feel a smoothness and that is the kind of difference you see going from 60Hz to 90Hz and you feel this! Further, the resolution of this display is QHD+ 3120 x 1440 whereas Pixel Density is an awesome 516 ppi There is no notch on the display and its all screen! And talking about bezels, the top has a very thin bezel while the chin on the bottom is slightly noticeable and side edges are curved. This display also has DisplayMate A+ Certification and it has HDR 10+ as well.

The display also has a fingerprint sensor which is very fast I mean blazing fast! While using this phone, I never had any issues using this fingerprint sensor. If you follow our channel, then you'd know that I am a big fan of notch-less designs we have seen notch-less designs in the last few phones and due to notch-less design the viewing experience of the phone becomes awesome. When you watch videos or play games you really feel the benefit of not having a notch and you get a full-screen experience. Honestly, in terms of the Experience of this display I don't think that right now any phone can match OnePlus 7 Pro Lets now talk about Performance and if you thought I was being a OnePlus Fanboy up till now you should probably just skip this part! This phone has top-of-the-line specs Qualcomm Snapdragon 855 Adreno 640 GPU 6GB, 8GB and 12GB RAM Variants 64GB, 128GB and 256GB Storage Variants this phone also comes with UFS 3.0 Storage which is next generation flash storage and it's speed is much faster than phones previously. Even though its pointless talking about Benchmarks scores for OnePlus 7 Pro but Geekbench Single Core Score was 3,517 and Multi Core Score was 11,329 and talking about AnTuTu benchmark OnePlus 7 Pro Scored 369,833 These benchmark results are solid and you feel this in day-to-day activties when you use apps, save something, download something open a file, open a browser window with everything, you get this snappy feeling. and this is also very addictive.

After using this phone, other phones felt very slow to me. Talking about the interface, OnePlus 7 Pro comes with either Oxygen or Hydrogen OS Depending on your location But this is basically a Stock Android type of experience with some modifications and added features. Another benefit of near Stock Android this phones also gets frequent updates Talking about gaming, this phone can handle everything I played PUBG on full graphic settings and high frame rates and I had no issues. Overall, I am very impressed with OnePlus 7 Pro performance However a couple of downsides There is no headphone jack which is now almost dead however I still use headphone jacks,  it is still useful. Talking about the speakers, they also get decently loud and I didn't feel any degradation in sound quality or sound fidelity. The haptic engine has also been updated in this phone. Those vibrations that you feel in the phone used to be very metallic and horrible in previous OnePlus phones but the haptic engine in this phone is really good and the vibrations and clicks you feel in this phone to some degree, feel like the iPhone to me. But definitely one of the best in Android phones.

Alongside this, a big downside with OnePlus 7 Pro is there is no option for Storage Expandability the phones has Dual SIM Support but you cant put a microSD Card which, for a high performance phone being marketed as a 'Power Users' phone is a definitely a down-side. But overall, I am very satisfied with the phone's specifications and performance. Let's now talk about the phone's battery OnePlus 7 Pro comes with a 4,000 mAH battery This is an upgrade from the previous generation previously, OnePlus 6T had a 3,700 mAH battery which is a nice upgrade. Further, this phone supports OnePlus Warp Charging which operates at 30 Watts. In our previous videos, we have talked about fast charging and 30W Fast Charging is very fast. 30W means that half battery will take 20-25 minutes and full battery will take an hour or a little over even if you charge for 10-15 minutes in the middle of the day you will be able to go for half a day. So Warp Charging is awesome. If you talk about the phone's battery usage I was getting a day with full battery If your usage is heavy you may have to top-up before day end but I was easily getting a day and if your usage is light, you may go for 1.5 days Overall, I am quite impressed with battery life and charging speed If I had to point something out if the battery was bigger at around 4,500mAH, it would have been better for power users, the bigger the battery, the better it is and now 4,000mAH is quite common. Lets now talk about the Camera on OnePlus 7 Pro. which is commonly thought to be a downside of this phone, 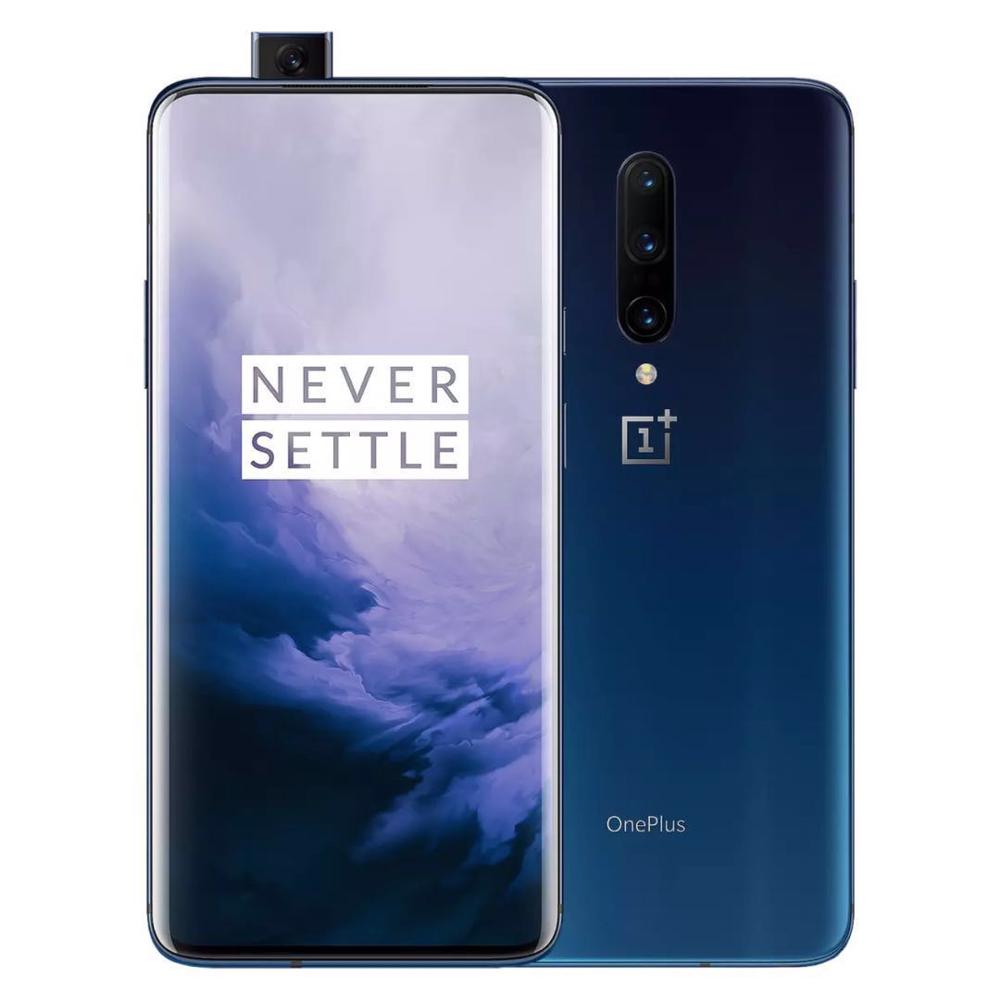 But I somewhat disagree with this now. One the back is a triple camera setup which has a 48 megapixel f/1.6 aperture - main sensor which is optically stabilised an 8 megapixel f/2.4 aperture - telephoto lens also optically stabilised and a 16 megapixel f/2.2 aperture - ultrawide sensor while on the front is this pop-up selfie camera which has a 16 megapixel f/2.0 aperture selfie shooter. Let's first talk about this motorised pop-up selfie camera. First, everyone is concerned that this will affect the durability of this phone I haven't personally felt any durability issues and there is a security feature built into this phone that when the pop-up selfie camera is active and if you drop the phone; the camera is on if you drop the phone this camera retracts automatically. So this is a safety feature. For the purpose of this review, I will compare OnePlus 7 Pro images with iPhone XS Max so if you look at these side by side, OnePlus 7 Pro images have good clarity Images are crisp Colour reproduction is also accurate Colour tone of OnePlus 7 Pro images is a bit to the warm side.

Even so, not bad at all. As for dynamic range, here iPhone XS Max is clearly better but even then, its not as if the OnePlus 7 Pro is horrible Alongside this, talking about colour saturation, I thought it was ok. For those people who think that OnePlus 7 Pro camera is trash, that is not true. Sure this camera is not as good as the Pixel or iPhone XS Max or Galaxy S10+ but its still pretty decent. Talking about selfies I thought OnePlus 7 Pro selfies were better than iPhone XS Max one reason for this is that OnePlus 7 pro selfies are wider and you can fit more in this screen and I also liked the colours and dynamic range Moving on to video - OnePlus 7 Pro supports maximum 4K 60fps Both these cameras are recording at 4K 30fps you can see the difference in both but OnePlus 7 Pro's Optical Image Stabilisation only kicks in at 4K 60fps so lets see a sample of that as well again, both cameras are side by side this time OnePlus 7 Pro is recording at 4K 60fps whereas the iPhone is recording at 4K 30fps Overall, iPhone XS Max offers better video quality but even here, OnePlus 7 Pro puts up a decent fight. In my opinion, no one will buy OnePlus 7 Pro for its camera but those looking for a phone for productivity or want a performance oriented phone, those people certainly cannot reject this phone because of its camera.

If you want a good camera, then don't buy this phone get a Google Pixel 3A or Pixel 3 but if you want a phone in which you will really enjoy watching videos runs really fast, and is fluid and smooth and runs every game out there charges up really fast and gives you top-of-the-line specs looks good and feels good in the hand if you want an overall enjoyable phone then do look towards OnePlus 7 Pro. 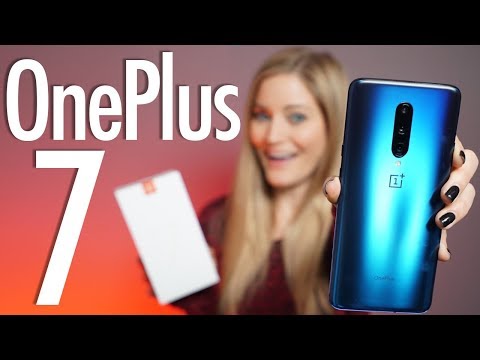 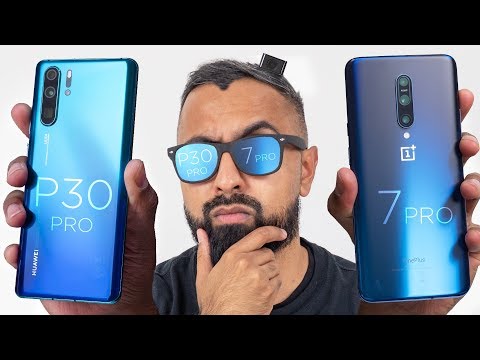 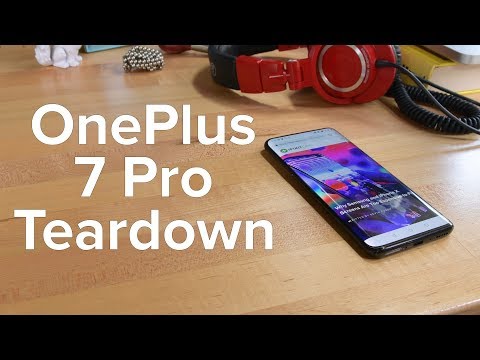