The Galaxy Note 9 Surprised Me

So for those out there who love their flack files, their raw photos, who those who hate the cloud, you gotta have those photos locked and loaded, ready to go, the Galaxy Note 9 is very tempting. And more importantly as you start to see, it separates itself from the Galaxy S9+ which is really important. So number two, we all saw the press kit, we saw the leaks, and we're all wondering why does Samsung have a Toy Story alien-colored S Pen coming with this phone. The reason for that is not only is it just neon color, it writes in neon, too. Now I get it, it's not some revolutionary, game-changing feature, but it's a cool one to separate itself and it is worth noting that that feature is exclusive to the Ocean Blue Note 9, not on the Lilac Purple, which are the two available colors.

Now also like the leaks may have suggested the S Pen now features Bluetooth Low-Energy which essentially means it turns into this little control stick that you can use for a multitude of things. You can use it to launch applications, you can trigger the shudder on your camera to take a photo, which is really helpful. Imagine you've got it locked on a tripod away from you, just click the S Pen and you've taken the picture. That also works with music, so you can play, pause songs. Imagine you're at the gym, that is gonna be much easier than going to retrieve your phone, or maybe your headphones don't support that. It also could work well for presentations where you're going through slides, and it kinda makes sense. It just seems like a tool that you would use for that job. So yeah, the S Pen and beyond that is kinda gonna do what it does at its core. That's why you would buy a Galaxy Note, is for that S Pen. But I think this year it was actually a nice way to spice things up a little bit.

And number three, yes, we saw the leaks, we saw the rumors that the Galaxy Note 9 was allegedly going to have a 4,000,000,000 Ampere battery, but they did it, and that surprised me given their track record. Now this isn't me bashing Samsung for what happened to the Note batteries. They owned up to that, they fixed that. But I think all of us were a little disappointed last year with Note 8 when we saw the battery capacity. But this year they stepped it up at 4,000,000,000 Amp-hours is great because it separates itself again from the S9+ which is 3,500,000,000 Amp-hours. That should actually lead to some fantastic battery life, and I'm excited because again, it adds some separation between the S+ models and the Note lineup. For the past two years, I think the general consensus was the S+ model kinda felt like the Note without a pen that was released six months earlier.

Now the display is 6.4 on the Galaxy Note 9 compared to 6.2 on the S9+, and more importantly again I think it's those three things: the storage, the battery life, and the S Pen. That's what makes the Note feel like a Note, because it's always been about the power users. Now if you weren't a big fan of the Galaxy S9 or the S9+ this probably isn't gonna change your mind, but if you're holding out and that extra battery, that extra storage, and the S Pen sounds appealing to you, this is going to be one attractive phone. Now the camera is very similar to the S9 and S9+ with the dual aperture mode. There is one tweak, though. The Galaxy Note 9 is gonna feature a bunch of AI tweaks so it's going to scan the environment and then know whether you're taking a picture of a cat, of food, of a flower, of a human, then optimize that to give you the best possible settings. That is something I'm always a little skeptical about but I'm looking forward to testing that out and seeing if it's worth it or if it's a gimic.

Beyond that, yeah, it kinda is a beefed-up Galaxy S9 but that's not a bad thing. I think Samsung is more importantly getting back to their Note roots with this phone. You got a Snapdragon 845, USBC, headphone jack, fast wire charging, fast wireless charging, water resistance. Overall it's just got all of the essentials, and more importantly it's a really well-rounded phone. I think for the most part people are going to enjoy this.

Galaxy Note 9 review: worth the price? 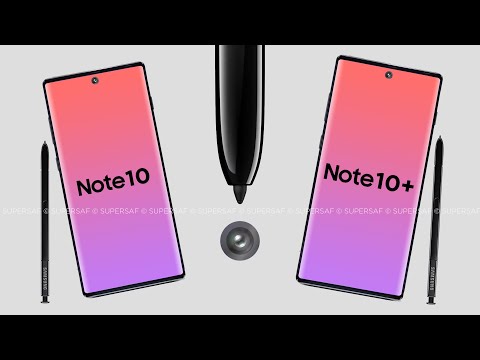 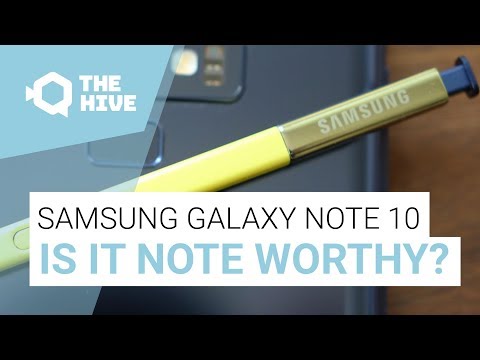