Today we're testing the 2018 Samsung Q6FN. It's a great TV, especially for gamers due to the very low input lag and support for variable refresh rates It does lose picture quality when you view it from an angle though.

We bought the fifty-five inch model to test, but it is also available in a range of sizes from forty-nine up to eighty-two inches. We expect this larger size to have very similar picture quality, but larger TVs do tend to have more uniformity issues. Also note that the 49” model has a 60Hz panel rather than the 120Hz panel found in the larger sizes. This doesn’t make much difference unless you plan to send a 120Hz signal from a PC or new console, or you enjoy a strong soap opera effect. Note that the 2018 model Q6FN is also known as the Q6F or simply Q6. This can be confusing, because the 2017 model shares the same naming conventions.

We’ll first look at the design of the TV, and then go on to the picture quality. We’ll also look at the motion handling and input lag including the FreeSync support and low input lag interpolation feature. We’ll finish by comparing to these competing models which are currently available. The design of this 6 series QLED is great.

It looks very similar to the high-end Q8FN, including the wide-set stand. There are no alternative stand positions, so it does require a table which is close to the width of the TV. Unlike the other 2018 QLED TVs, the controls consist of a single button on the right-hand side of the TV. It provides basic functionality like turning on or off the power, adjusting the volume or changing inputs. When viewed from the side, the TV appears thin. This is great for those who are looking to wall-mount it as it doesn’t protrude much. The borders of the TV are also thin and look good. They are metallic and have a nice finish. The inputs are all located on the back and directed out the side of the TV. This means that it is still possible to access them when placed close to a wall. Unlike the Samsung Q7FN, there is no external one connect box. The TV also has tracks in the rear of the stand which allows passing cables to keep them out of sight. The grooves in the rear of the TV also allow passing some cables which helps to keep a clean looking setup. Looking at a thermal image of the TV we can see a warm glow near the bottom where the LEDs are located.

Now we'll move on to the picture quality. We'll be comparing to currently available TVs but competing models may change as new TVs are released throughout the year. For an updated comparison with new models as we buy and test them, see the review page on our website which is linked below. The contrast ratio of the VA panel used in the Q6FN is high at just over 6000 to one contrast. This results in deep dark scenes. This is much better than IPS panels like the LG SK9000 where blacks appear gray in a dark room. The Samsung Q6FN has local dimming, but unfortunately it isn’t very effective. Like the NU8000, the TV only has a small number of vertical columns that it can control. It is conservative with the dimming, so often the effect is quite subtle but this does mean that there is less visible blooming. Full-array TVs like the Sony X900F and TCL 6 Series are better at utilizing their local dimming to improve the dark scene performance. Although the LG SK9000 also has local dimming, it also doesn’t work well as it reacts slowly to changes. When viewed from an angle, the image loses contrast and colors shift. This is bad for those who might watch from the side in large rooms. TVs with IPS panels like the SK9000 maintain colors when viewed at an angle and may be a better pick for wide seating. The Q6FN has a semi-gloss finish, which diffuses reflections across the screen. This does reduce their intensity and should be fine for most rooms. For those with bright rooms though, it isn’t as good as TVs with better anti-reflective properties like the Sony X900F and LG SK9000. The Q6FN can get very bright. The whole screen can reach about 650 nits which is great as it helps to overcome glare and mitigate the limitations of the screen’s reflection handling. On our HDR real scene the brightness of the highlight is just over 500 nits which is good, but not as bright as some other high end TVs. The gray uniformity of the Q6FN is good. Some lighter vertical bands are visible, which does create some dirty screen effect when watching sports or playing games but this isn’t too distracting. Although the left and right sides are a bit darker, overall the edges do remain more uniform than most other TVs. The Q6FN has a wide color gamut which is great for produce vivid HDR highlights. It can produce more saturated colors than the Samsung NU8000, but isn’t as good as the higher end QLED TVs like the Q7FN.

The response time of this TV is excellent, so only a short red smear can be seen behind our moving logo pattern. This is great for watching sports or playing fast-paced games without much motion blur. Unlike the X900F, duplications are visible behind the logo as the backlight flickers at 240Hz. The Samsung Q6FN also has the ability to flicker the backlight at a lower frequency of 60Hz, which helps to clear up fast-paced motion when playing games or watching sports. This isn’t for everyone though, as it introduces noticeable flicker and does reduce the brightness significantly. The input lag of the Q6FN is excellent, at about 15 milliseconds for 60Hz signals. This is makes it feel very responsive for PC use or playing games on consoles like the Switch or Ps4 Pro. All of the sizes except the 49” model can also display a 120Hz input and have an even lower input lag of about 9ms, which is excellent. The Q6FN also has a low input lag interpolation feature this helps to improve the smoothness of games with inconsistent frame rate with is excellent The Q6FN has received an update to enable variable refresh rate support using FreeSync. This works well from an xbox one x or s, or from a PC to remove screen tearing as the framerate changes. With a 1080p signal the TV applies low frame rate compensation and doesn’t have any tearing even below 20fps. It is also able to synchronise the refresh up to 120 fps. With a 4k signal the range is a bit more limited, between 48 and 60 fps. This variable refresh rate feature also has low input lag, at about 6.5 milliseconds for 1080p signals or 16 milliseconds for 4k signals.

Like other Samsung TVs, the Q6FN has the Tizen smart platform which is also called Smart Hub. It is modern and easy to use, and like the other 2018 QLEDs, the Q6FN has the Bixby voice assistant. This works well to search for content, adjust settings, or open apps. This TV has mediocre sound. This is typical of most TVs, and it also can’t get very loud. For those who care about sound, a soundbar or dedicated speakers are a significant upgrade. So overall, the Q6FN offers great performance. It is especially excellent for gaming due to the low input lag and variable refresh rate support, but for other usages one of these other TVs may be a better choice.

The Samsung NU8000 is the step below in their 2018 lineup. It is marginally worse than the Q6FN as it has slightly lower brightness and although it still has a wide color gamut, it isn’t as wide as the QLED. If you’re willing to pay more for slightly better performance then the Q6FN is a great choice, but for most people the cheaper model is the way to go. The Q7FN is the next step up in Samsung’s lineup. It is better than the Q6 with the widest color gamut we’ve measured so far and a higher peak brightness so highlights in HDR content can really stand out. It also has better reflection handling, which is great for those who have bright rooms.

If you can afford it, the Q7FN is a better TV. The Sony X900F is a competing TV which offers full-array local dimming. This helps it to produce deeper dark scenes when viewed in a dark room. It also has better reflection handling, which is great for those in a bright room. It is a slightly worse pick for gaming as it has higher input lag with 1080p signals and doesn’t support FreeSync for use with the new Xbox or for PC gaming. For other uses though, the X900F is a better TV. LG LCD TVs like the SK8000 have IPS panels, with a lower native contrast ratio so blacks appear gray in a dark room. For a dark room with viewing directly in-front a VA TV like the Samsung Q6FN is a great choice. The image of the SK8000 remains accurate when viewed at an angle though, so for wide seating it may be a better choice. The TCL 6 Series is a very good TV which offers excellent value for money, but it isn’t quite as good as the Q6FN for mixed usage. The uniformity of the TCL can be very bad but this varies between units. The Samsung also has a wider color gamut and better color volume, so if you want the absolute best HDR colors then get the Samsung but if you prefer to save the money then the TCL 6 Series offers a very good but less-refined experience.

So that's it! What do you think of this Samsung QLED? Have you bought it? Let us know what you think below. 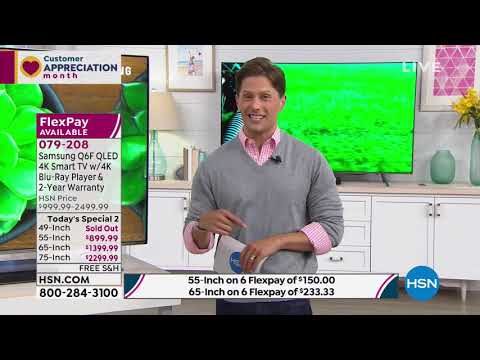 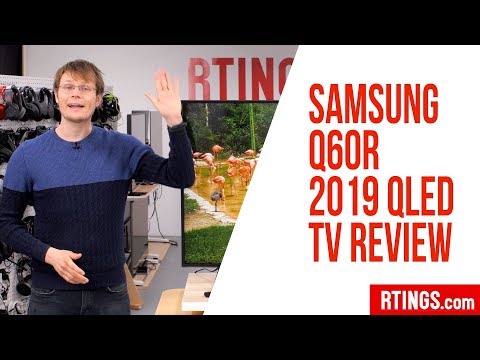 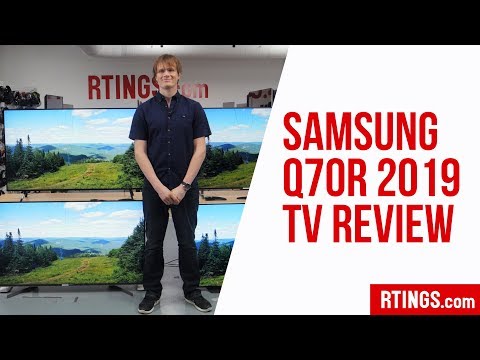